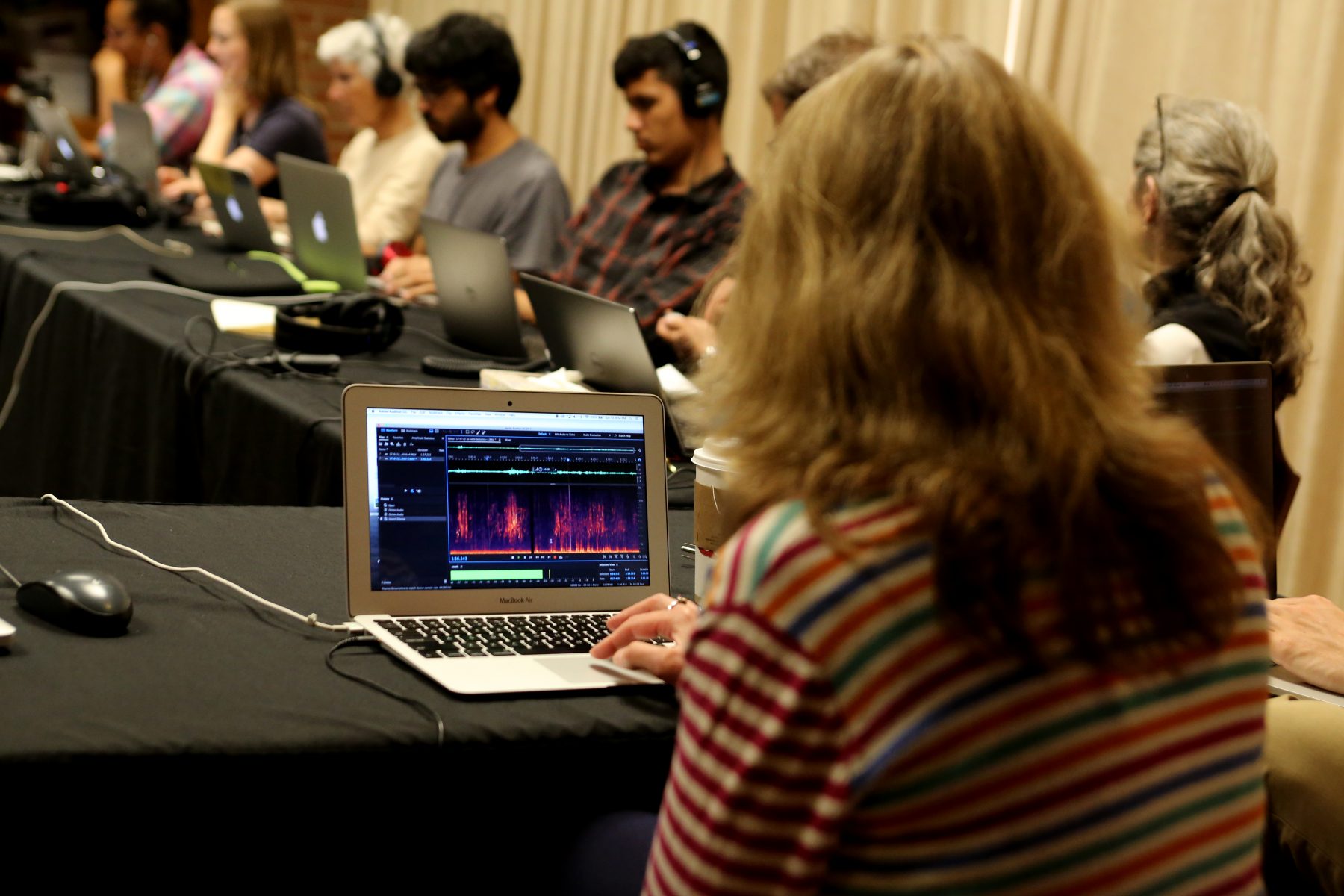 Audio contributed to eBird and the Macaulay Library should be an accurate copy of an original field recording. This means doing a minimal amount of editing to sound files. Follow the steps below to prepare your sound recordings before uploading them to an eBird checklist.

Note: These general guidelines are applicable to any sound editing program, but four popular editing programs are Adobe Audition, Ocenaudio, Audacity, and WavePad. Links to step-by-step instructions for editing in three of these programs can be found at the bottom of the page. Sound analysis programs, such as Raven, should generally not be used for sound recording preparation since they are not built for editing sound files.

1. Save copies of your original sound files

Many sound editing programs are "destructive," meaning that if you edit and save a sound file in the program, your original sound file is permanently changed. Therefore, it is extremely important to keep copies of your original field recordings that are not modified in any editing program. The Macaulay Library recommends keeping two copies of your original sound files—for example, one on your computer and a second on an external hard drive—and using only one of these for editing and submitting to the archive. We also recommend that you hold on to the final edited versions of your files for future reference.

WAV is the standard audio format recommended by the Macaulay Library. The eBird upload tool can handle large audio files—up to 250 MB in size—so if your original field recordings are .WAV sound files, be sure to upload them as .WAV files (not converted to compressed .MP3 files) to your eBird checklist. If you are didn't record in .WAV in the field, don't convert your files to .WAV, but consider switching for future recordings. If your recorder supports it, a sample rate of at least 48 kHz and a bit depth of 24 bits is also recommended.

3. Trim the ends of the recording

The beginning of a sound file is often the messiest part of the recording. Recordists sometimes make noise as they start a recording and get situated, and then there can be a significant amount of waiting time before a bird actually sings. When reviewing your sound file, try to leave a lead-in of a few seconds of background sound before the first target sound, but remove everything before that. If there is handling noise or a loud background species during these first few seconds, you can shorten your lead-in even more. At the end of the recording, after the last target sound, apply the same approach of including a few seconds of background sound before the end (if it is free of louder sounds.) If you do not have much background audio to work with, that's fine too—don't add blank audio or manufacture background sound.

Even when you are close to a bird and have made a great recording, chances are that the bird sound could still benefit from being boosted a few decibels. We ask that you adjust the level of each recording so that the loudest sound reaches -3 dB, otherwise known as "normalizing." This makes it easier to hear the target sound in a recording and creates a consistent listening experience between recordings across the archive. It also makes it easier to assess the quality of a recording. Leaving a recording at a low volume does not reduce background noise, it only makes the entire recording harder to hear.

Human voice announcements, on the other hand, tend to sound quite loud compared to bird song, so we suggest keeping the peak level for those announcements at -10 dB. Editing programs make it easy to adjust the level of different segments, usually using a "Normalize" command, so please do so with your recordings before uploading. Individual segments in the same uploaded file should each be normalized separately (see next section.)

5. Group recordings of the same bird together

On those occasions when a bird is cooperative and you're able to make multiple recordings of the same individual bird, prepare each sound file as described above, and then group the files into a single file with 1 second of silence between each recording. The new file is the one that should be uploaded to eBird. The idea is for your finished file to represent a single recording event, even if it was originally broken into several files. This lets researchers know that the whole recording is the same individual or group of individuals, and paints a more complete picture of the recording event.

If a recording contains multiple species that are loud and prominent, particularly rare, or otherwise interesting, the same recording can be uploaded for multiple species. However, the recording should be trimmed and normalized differently depending on the primary subject. If additional species are prominent in the background, they should be listed using Additional Species in Manage Media.

The exception is if your continuous recording has significant interruptions, such as loud walking, extreme handling noise, or passing vehicles that are louder than the target species. If you wish, those sections can be removed and replaced with 1 second of silence.

Sound editing software can be a very powerful tool, allowing you to "erase" background birds, loud insects, raindrops, stomach growls, etc. While it can be tempting to remove these types of sounds from your recordings, we encourage you to give us recordings that include what you heard and recorded in the field, even if it’s not all pretty. Manipulating your recordings in this way can make them unusable for scientific research or sound unnatural. Because recordings in the Macaulay Library archive may be used for a wide variety of purposes, it is important to keep them as natural as possible.

Similarly, apply filters only when necessary—if a strong low frequency sound (such as wind or distant road noise) is masking the target sound, apply a gentle low-cut (high-pass) filter at the minimum frequency possible (250 Hz or less). If the target bird is the loudest sound in a recording, there is no need to filter the recording at all. Noise reduction and other extreme editing techniques should never be used when editing your recordings for upload to the archive.

Archiving your recordings in the Macaulay Library by uploading them to your eBird checklists is the best way to contribute to our global knowledge of birds sounds. It also provides you with a free cloud backup of your high-resolution files that you can download again at any time. See our page on uploading media for more information. When you upload your recordings, they will be most useful if you give them a quality rating, and add tags and metadata such as behaviors and background species.

Example of an edited file

In the example below, you can see a recording of the song of a Dark-eyed Junco. Notice the loud handling noise at the beginning and end of the recording and the relatively low level of the bird song. 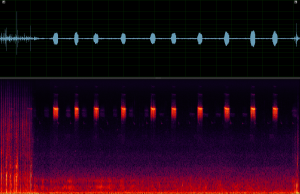 After editing, the clunks are removed and the bird song is normalized to -3 dB, resulting in a louder and much more prominent target sound. 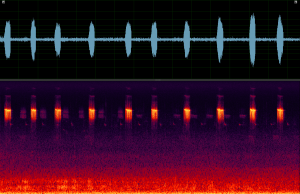 Adobe Audition has the widest suite of features available and is available to try for free, but subscriptions must be purchased on a monthly or yearly basis for long-term use.

Ocenaudio is available for no charge and includes dual viewing windows of waveforms and spectrograms.

Audacity is available for no charge but lacks several features found in Audition and Ocenaudio, such as dual viewing of waveforms and spectrograms.